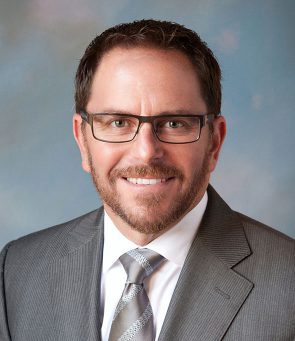 Scott E. Musicant, M.D., grew up in La Mesa and finished high school at Valhalla High. He completed his undergraduate degree at UCLA in 1990 with a Bachelor of Arts in Psychology. He received his Medical Degree from the University of Vermont in 1998.

Following medical school Dr. Musicant moved to Portland, Oregon where he completed 5 years of general surgical training and a year of vascular disease research at Oregon Health & Science University. He then remained in Portland to complete his two-year fellowship in vascular and endovascular surgery at Oregon Health & Science University. His vascular training included both surgical and interventional radiological training including a 3-month fellowship at the Dotter Interventional Institute in Portland. After completing his training in 2006 Dr. Musicant moved back to San Diego and has been practicing here ever since.

Dr. Musicant has published multiple articles in peer reviewed journals and presented his research at several national and regional meetings including those of the Society for Vascular Surgery, the Western Vascular Society and the Southern California Vascular Surgery Society. In addition he has published multiple book chapters on various subjects within vascular surgery. His major areas of interest are endovascular treatment of arterial and venous disease. This includes stent-graft repair of thoracic and complex abdominal aortic aneurysms, endovenous ablation for varicose veins, and open and endovascular treatment of carotid and peripheral arterial disease. Most recently Dr. Musicant became the first physician in San Diego County to perform a novel treatment for carotid artery disease called TransCarotid Artery Revascularization.